Medical cannabis can be used in various ways. Cannabis oil has made a huge advance worldwide in recent years. This is mainly because many people find this method of use far removed from the recreational use of cannabis.

In this blog we describe various options for using medical cannabis and we explain the advantages and disadvantages. Smoking cannabis would also be an option. But many medical users do not opt ​​for this because of the harmfulness that the inhalation of smoke entails.

Cannabis oil, weed oil, CBD oil or hemp oil. Ultimately, these are three different terms that all refer to a (diluted) extract of the cannabis plant. The difference in what a certain oil is called is determined by the cannabinoid ratio in the oil.

The names Cannabis oil and Weed oil usually refer to cannabis extracts made from THC-rich cannabis strains. These oils often contain a high percentage of THC and a negligible percentage of CBD. Because a considerable amount of THC is present in this oil, a psychoactive effect will almost always occur even at low doses. You will therefore become stoned or high from this oil. 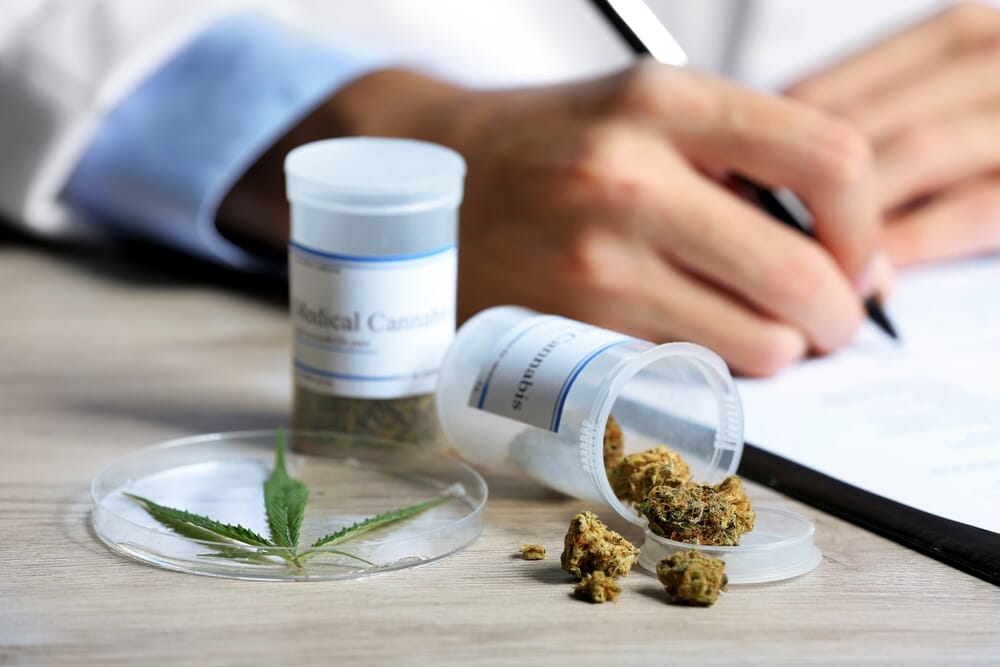 Hemp oil and CBD oil are oils that have a high CBD percentage and a THC percentage of less than 0.2%. Due to this ratio and the minimal amount of THC, it is not possible to experience a psychoactive effect from this oil. This oil is also widely offered through drug stores.

Cannabis extracts are often diluted with another oil (for example olive oil) supplied in a pipette bottle. This oil can be dosed well through the pipette. We recommend to first drip the oil onto a spoon before taking it. This prevents (many) more drops from being accidentally taken than intended.

Cannabis oil is always extracted from the flowers of the plant. The cannabis flower is covered with trichomes (resin globules). These trichomes contain all the different cannabinoids that the cannabis plant is rich with. The major difference between different cannabis strains (and oils) is the ratio between these substances. A different oil will come out depending on the type of cannabis you choose.

A solvent is usually used to separate the plant resins from the plant material. Cannabinoids dissolve in a number of different extraction agents. By soaking the cannabis flower in, for example, alcohol, the cannabinoids will be absorbed by the alcohol. The alcohol is then brought to a boiling point with a heat source. Since alcohol has a lower evaporating temperature (around 80 degrees) than the resins of the cannabis plant (from 155 degrees), only resin from the cannabis plant will ultimately remain.

Professionals can extract in a safe way with for example alcohol or CO2. People who extract cannabis at home often run into problems because the use of hazardous substances causes explosive situations. So don’t try this at home, folks!

If you want to make your own cannabis extract, this can be made much safer by using coconut oil, olive oil or a rosin press.

After you have taken the weed oil it can take 15 to 120 minutes for the maximum effect to occur. Because this is often poorly known to users, we regularly see overdoses in the use of oil. Although a deadly overdose with cannabis is practically impossible, this can still be a very unpleasant and frightening experience. The advice with oil is therefore always: Start with low doses and build it up slowly.

Advantages of weed oil are: low threshold, precise dosage, use without (odor) nuisance.

Disadvantages of weed oil: it often takes a long time before the effect is noticeable. And it is a relatively expensive way of using medicinal cannabis.

An evaporator is used to vaporize cannabis. These vapes are suitable for boiling the resins of the cannabis plant. This will release the active substances from the plant in the form of vapor. This vapor will then be inhaled.

No combustion takes place with this method of use. As a result, the harmful substances caused by incineration will not be present.

A big difference with other uses of medicinal cannabis is that you have a very direct effect on evaporation. Your lungs have the function of absorbing substances into the blood quickly. By inhaling the vapor of cannabinoids, they almost immediately enter the bloodstream and the effect will be clear within a few minutes, up to 15 minutes. After fifteen minutes, if you did not achieve the desired effect, you could again inhale a small amount of vapor.

The advice also applies to the use of cannabis by vaping: start dosing low and build it up slowly.

One of the most popular ways to use medicinal cannabis at the moment is through edibles (cannabis used in food). In short, a food is “enriched” with a cannabis extract. This can be in all kinds of forms. For example, edible cannabis is available in the form of gummy bears, cookies, chocolate bars and drinks containing a number of milligrams of THC. This form of cannabis is usually called edible.

Because there is often a (semi) legal construction in many places for the production and sale of these products, edibles are fairly easily available. However, there are also many countries where edibles still are prohibited by law.

A major advantage of “edibles” is that they are supplied in precisely measured milligrams of THC and / or CBD. This allows you to always take 1 dose with an amount of cannabinoids that are sufficient for you, with as few side effects as possible in the form of the psychoactive effects.